Ranking the Top 10 Best Young Players in MLS 2022: During the offseason for Major League Soccer, much of the headlines have focused on high profile players such as Xherdan Shaqiri, a great midfielder, and Lorenzo Insigne, who is expected to join the league in the summer. However, when one takes a step back and examines the MLS winter roster-building activities as a whole, one realizes that the 30-something senior Euro pick-ups are not the main focus of the tale.

In point of fact, the Major League Soccer (MLS) spent more money on young talent this past winter than it has in recent memory. A number of teams were successful in acquiring the rights to promising young talents, the majority of whom came from South America.

There is a buzz around Major League Soccer (MLS) regarding its bright future, which is championed by a movement to cultivate talent from within the league. This is because of the league’s already wealthy treasuries of up-and-coming youth players.

Here is a look at some of the most promising young players in Major League Soccer (MLS), all of them are 23 years old or younger and were either born in the United States or brought in from other countries.

John Tolkin is quickly becoming the fullback of choice in Major League Soccer after the departure of Kevin Paredes of D.C. United to the Bundesliga.

Tolkin is a natural left defender, but he has been forced to play some midfield owing to the limitations of the team’s schedule. He is now free to play his natural position at Red Bull Arena now that Andrew Gutman is no longer in the way. Tolkin can still get stronger and quicker, but he already possesses the foundational skills necessary to become a future superstar. He plays the thin position and is working his way up to become a high-level crosser.

As is the case with many young fullbacks, his attacking ability has flourished before he is a fully developed defender. However, if he can maintain a consistent spot in the Red Bulls squad, he could one day compete with players like Paredes and George Bello for a spot on the United States national team.

Paxten has ascended to a key role with Philadelphia after having a breakout second half of the previous season. This is in contrast to his older brother Brenden, who has moved to Europe and is making waves in the Champions League.

Paxten might be one of those on the rise in 2022 if he possesses the same natural skill set as his older brother, which would allow him to play as a left winger or a No. 10 position. Take a look at his first Major League Soccer goal, which he scored in his first Major League Soccer start in August – it’s a thing of beauty, and it might be a sign of things to come for Aaronson The Younger. 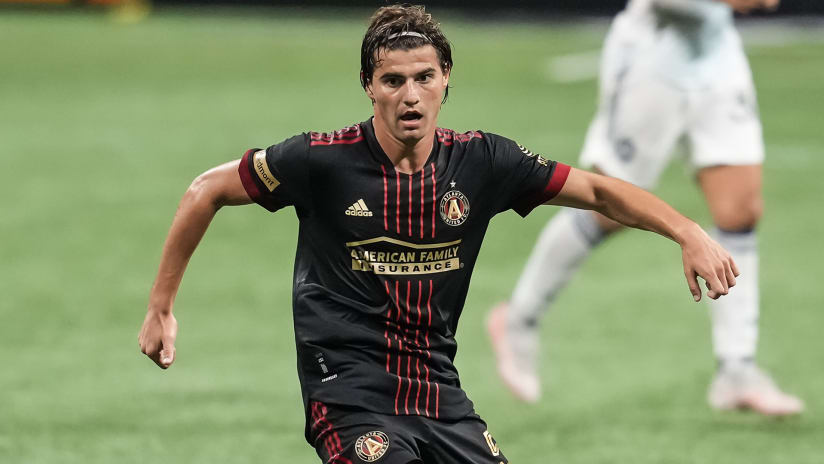 One of the few bright spots in a season that was marked by regression for Atlanta United in 2021, defensive midfielders that are this developed and this young are rare and difficult to come by.

Even though Sosa’s discipline and distribution have room for improvement, the fact that he already possesses such crucial attributes at the age of 22 is an extremely unusual quality. Sosa is proficient in both aerial challenges and other defensive tasks.

He had a sports hernia at the end of 2021, thus his fitness will be an important factor early on. However, 2022 may be the year that Sosa makes a push to be considered one of the Best Young Players in MLS 2022. Because of the various ways in which they are complementary to one another, his partnership with Emerson Hyndman will be one to keep an eye on.

It appeared as though the young Brazilian, who had arrived with elegance in May as a Young Designated Player from Vasco da Gama, was going to chalk up 2021 as a developmental year for his career. Then, in the Eastern Conference Final, he scored the game-winning goal that sent NYCFC to the Major League Soccer Cup championship game.

Despite the fact that he didn’t get much playing time early on, his efforts have already been noteworthy thanks to the fact that he scored three goals in the span of just 500 minutes during the course of the previous season. Talles Magno will have a delayed progression because he is locked on a club with a lot of offensive talent, but the minutes he has played have been significant.

Magno might try to build on his time with the Brazilian youth international team and make a push for a maiden call-up with the senior squad if he were to win additional playing time at NYCFC. Although it is quite unlikely that this will take place in the near future, it is possible that European teams may express interest in Brazil’s players, which would get the country’s attention.

CHECK THIS OUT:  Kevin Cabral Salary at LA Galaxy 2022 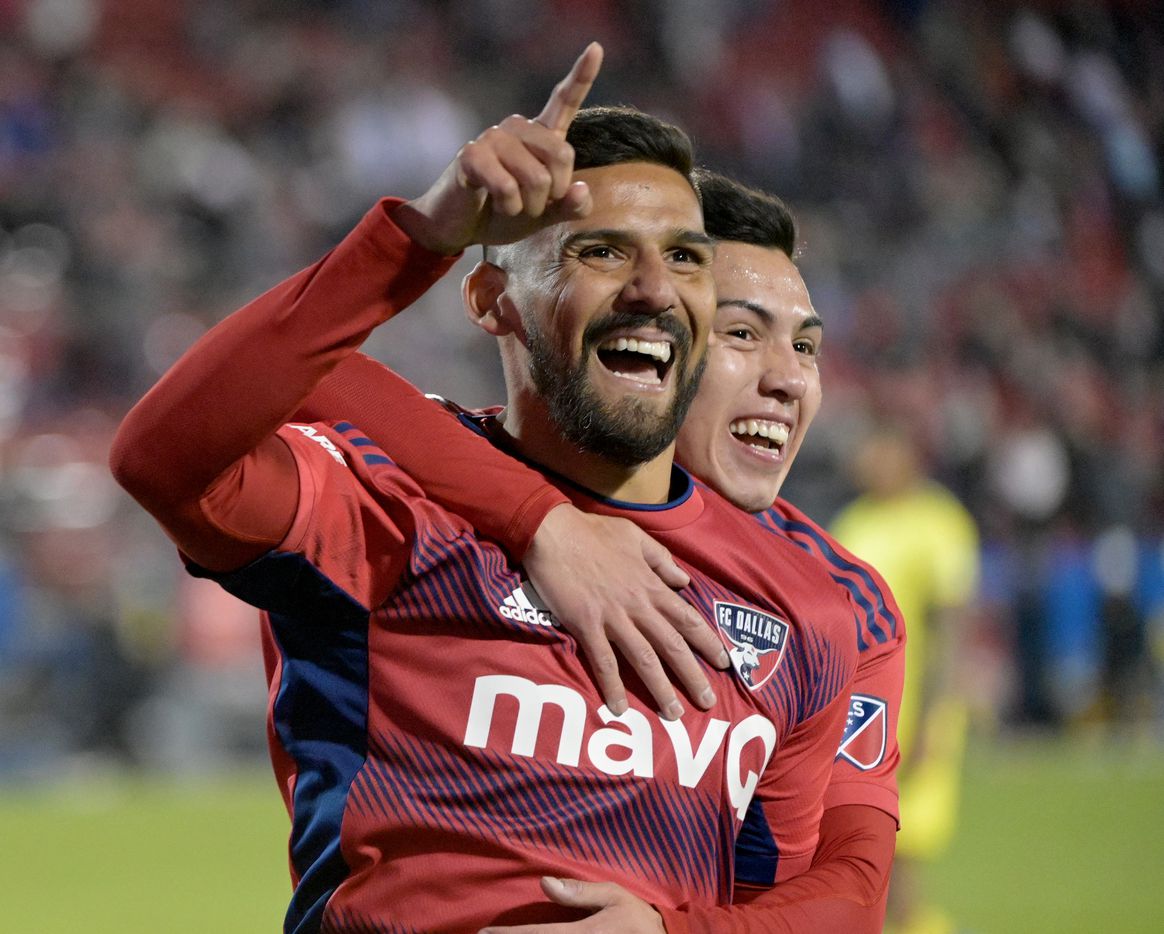 Velasco is the ideal opponent for new United States Men’s National Team member Paul Arriola in Dallas, despite the fact that he won’t cost as much as Thiago Almada or Facundo Torres, who both arrived recently. Velasco has been referred to as a “magician” on the ball by the Argentine media. This is in contrast to Arriola, who puts in a lot of work off the ball and makes runs that will throw off the defenders’ timing.

Although, like a number of the other high-profile South American immigrants, he will require time to acclimate, he has the potential to be a key asset for FC Dallas both on the field and eventually on the transfer market. He will combine excellently with forward Jesus Ferreira.

The FC Dallas playmaker has earned all of his promotions over the past year, and he has already earned seven international caps and two goals for the United States Men’s National Team.

After the month of August, he racked up six goals and five assists in league play, making him one of the more productive players for the whole second half of the season. It did not help FC Dallas, as they fell down the table toward the end of the season; however, after making a number of crucial additions throughout the offseason, the club is prepared for a move back to prominence in a Western Conference that is weaker.

Jesus Ferreira is one of the Best Young Players in MLS 2022.

Torres was a star in the Uruguayan league before he left the country. In 27 senior games for his boyhood club Penarol, he scored seven goals and assisted nine more. This includes four goals and an assist in Copa Sudamericana competition.

Torres is held in such high esteem in his native country that he has already been awarded 10 caps for the senior Uruguayan national team, which is now going through a period of transition and working extremely hard to qualify for the World Cup in 2022.

Clark was traded to RB Leipzig during the winter, but the New York Red Bulls have been able to get him back on loan despite the fact that it cost them $675,000 in allocation money to do so. The Bundesliga club that Clark plays for came to the conclusion that it would be best for his development for him to return to the United States and play a complete season there.

Clark is only 18 years old, but he has already made 33 appearances for New York in the league. He has seven goals and three assists to his name, and those figures could have been even higher if it weren’t for the fact that he had to undergo an appendectomy the previous year. He is a creative presence who also has an eye for goal and has the potential to develop into an important contributor for the senior United States national team in the future.

A valuable resource that New York has access to in a way that is somewhat unanticipated but none the less welcome.

If you have the skills necessary, you are old enough.

This is certainly the case with Gabriel Slonina, who is still a youngster despite having taken over as the starting goalkeeper for Chicago despite having more than two years until he becomes an adult. In the previous season, he took over as goalkeeper in September and helped the club win points despite Chicago’s struggling offense. He recorded four clean sheets during that month.

There are already rumors that clubs from all over Europe, including Juventus and a handful of clubs from the Premier League that have not been identified, are interested in Slonina.

Gabriel Slonina is one of the Best Young Players in MLS 2022.

There must be a good reason for MLS clubs to spend $16 million on playmakers who are only 20 years old. Fans may simply need to give Thiago Almada some time if they want to see him reach his full potential.

Almada travels to the United States from Argentina with extremely high expectations, a magician who is always one step ahead of the game. Despite the fact that he is still quite raw. He is not a scorer, but rather a skilled artist who generates opportunities for himself and those around him. That should fit in just fine at Atlanta United, where Josef Martinez should benefit significantly from Almada’s presence. That should be a seamless transition. 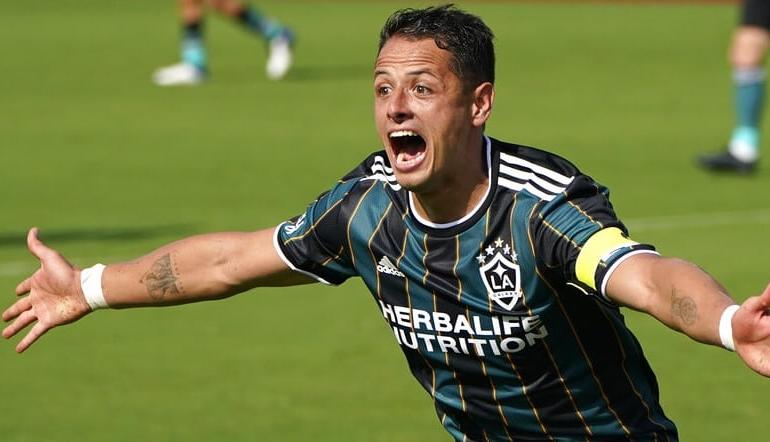